We're Kingdom Filmworks – a content and video production company where camera geeks and storytellers live side by side. A place where art school scholars and roll-up-your-sleeves-and-get-it-done-ers concept, write and produce innovative and inspiring branded content. From television commercials and corporate communications to web content and social media videos, we create stories that capture the hearts and minds of the people we reach. Beautiful stories that differentiate your brand.

We make things. Beautiful things. Inspiring videos and branded content that propel businesses forward. Content that builds brands and makes the cash register ring. We understand that our clients have budgets – and that the videos we create must perform and drive value for their organizations. With that in mind, we’ve created a business model that allows us to right-size production based on our clients’ media spends, social platform integrations and desired results. As much as anyone, we understand the need to create work that is both beautiful and effective – art for the purpose of commerce.

There’s no doubt that Mike brings a more diverse set of skills to the set than does your typical director. His career of more than 25 years includes time behind the lens at a commercial photo studio, as an art director with Young & Rubicam, as an associate creative director at two boutique creative shops, and finally as the Executive Creative Director and one of the founders of Shine United – a nationally recognized advertising and design firm in Madison, Wisconsin. An art director by trade, Mike has the unique ability to bring a brand’s voice to life. Mike has written and directed videos for clients of all sizes – from small-budget social media videos to million-dollar Super Bowl ads. 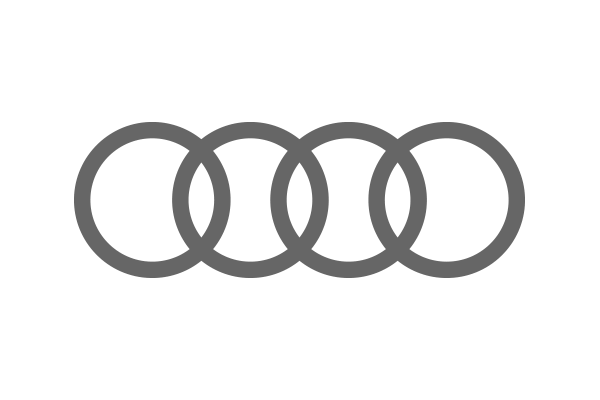 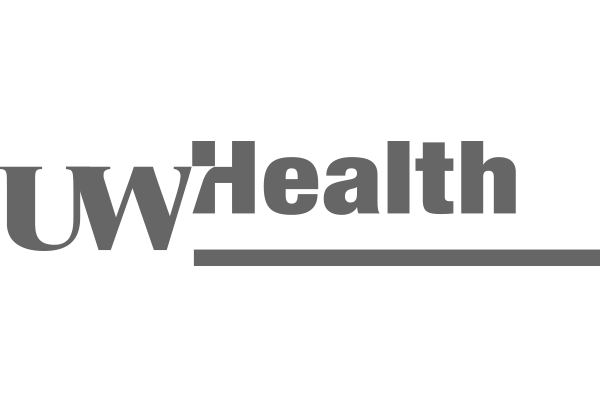 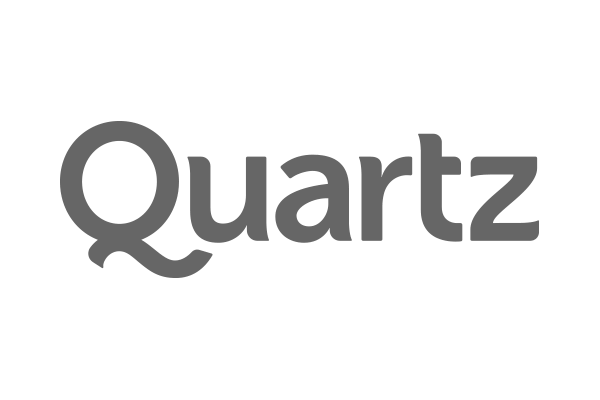 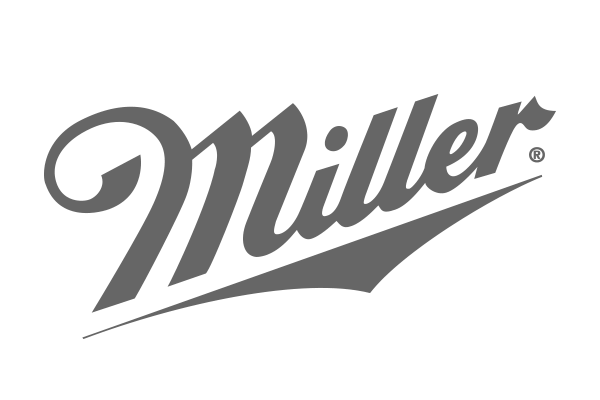 When it comes to producing branded video content, few people have as much expertise as Tom. From writing and directing to estimating and producing, Tom brings more than 20 years of know-how to the projects he works on. Whether he’s running a multinational crew on the streets of London or a run-and-gun team through the backwoods of North Carolina, Tom truly understands how video content should work alongside the rest of your marketing communications efforts. That means he knows how to rightsize your production budgets to fit your goals and find economies of scale where possible so that you get the most bang for the buck. 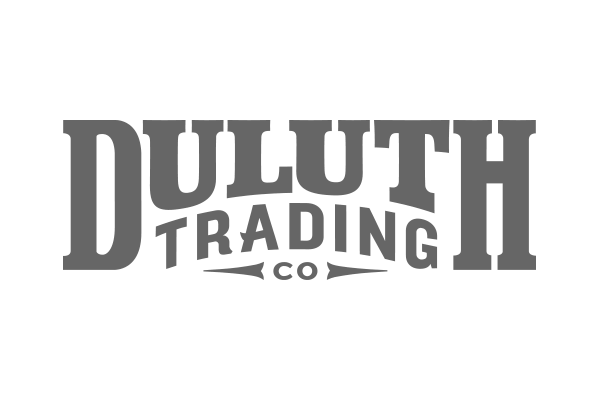 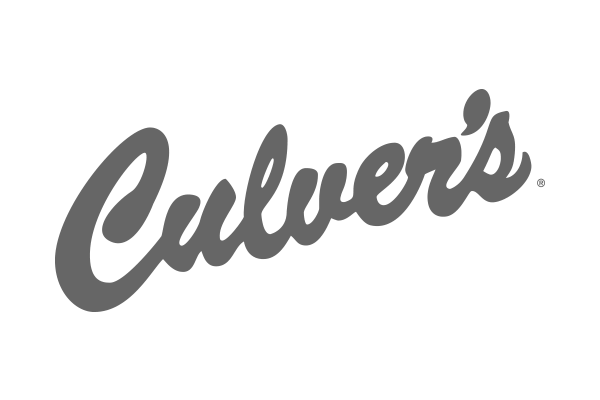 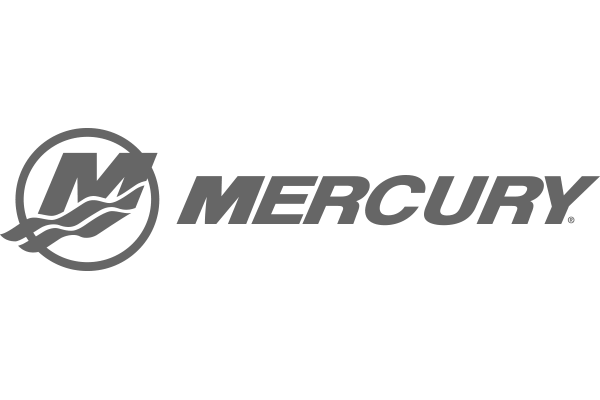 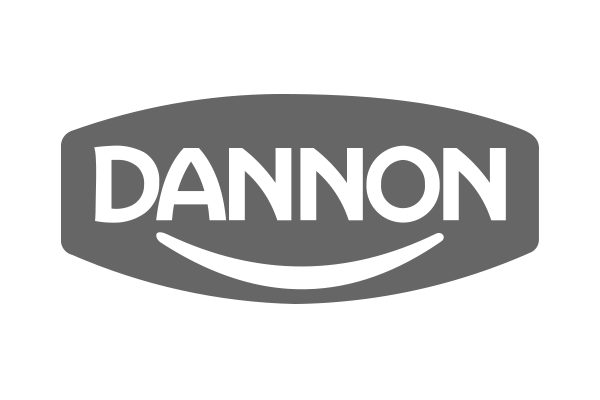 A graduate of Denison University’s cinema program, Michael Palzkill is at his best when he’s behind the camera. His ability to capture beautiful and insightful imagery has taken him around the world, allowing him to put his skills to use on some of the biggest brands in the world – including Kohler, Harley-Davidson, REI and Yeti. Well-versed with Sony, Arri and RED cameras, Michael's ability to travel light or work with a full crew is an asset to any client production. In addition to being a cinematographer, Michael is husband, father and avid outdoorsman; it’s not unusual to find him biking, hiking or playing soccer in his free time. 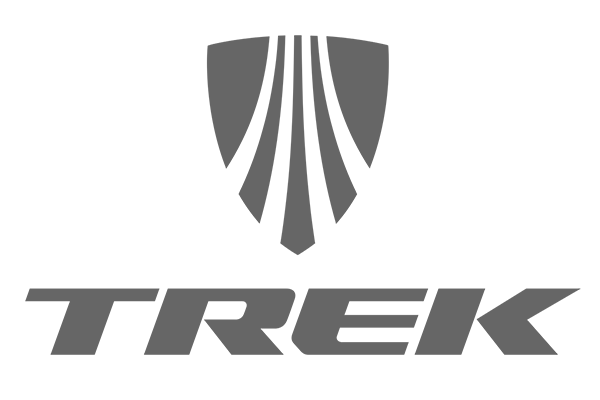 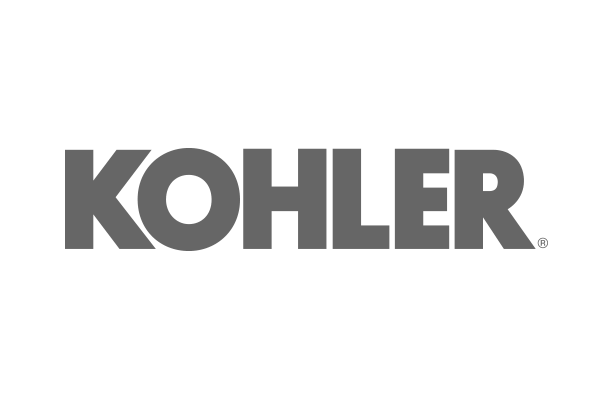 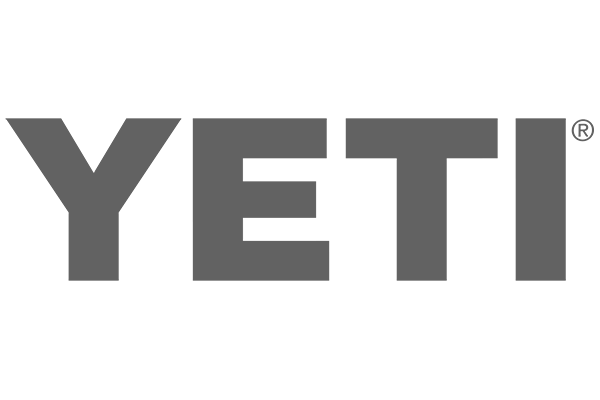 A veteran of the motion industry, Chris has more than 15 years of experience working both on-set and in the edit suite. While he spent the early part of his career on the East Coast at two different shops in New York City, Chris migrated back to the Midwest where he worked on such notable brands as Harley-Davidson Motorcycles, Kohler and Coca-Cola. Originally trained as an editor on Final Cut Pro, Chris has expanded his experience and knowledge base to include the full suite of Adobe products as well as REDCINE-X and DaVinci Resolve. All of which means that Chris has the ability to go directly from on-set DIT into the edit – and then on to color grade. This cross-training means more continuity throughout the project, less time wasted on media logging and a better-looking project at the end of the day. 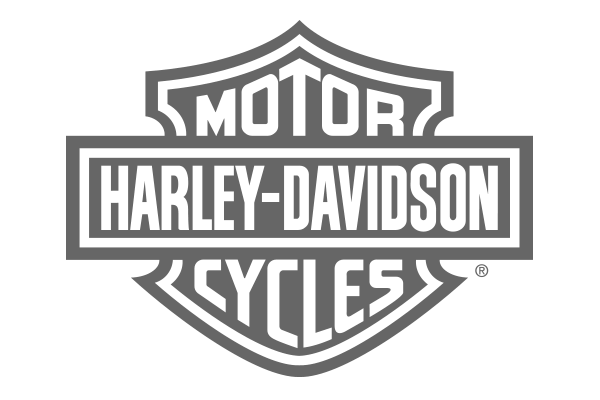 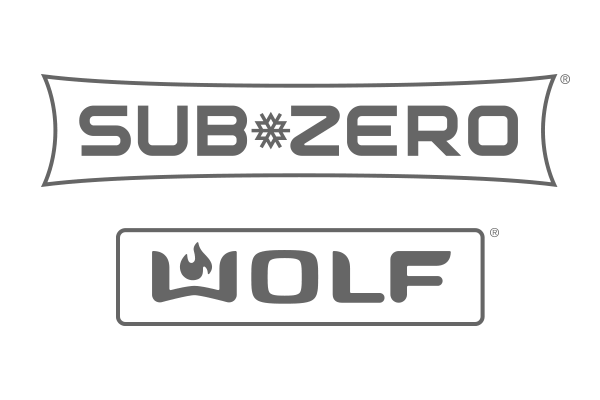 A graduate of the UW-Madison film school, Kyle got his start in the video world at a small production house in Los Angeles. Experience in hand, Kyle moved back to Madison where he continued to sharpen his skills working on videos for big brands like MillerCoors and TDS Telecom. And while Kyle’s technical knowledge in the editing suite is second to none, his real talent lies in his ability to combine the perfect takes in the perfect order at the perfect pacing that ultimately creates the perfect story. In addition to being a talented storyteller, Kyle also has wealth of experience behind the lens as a Camera Operator and AC – so don’t be surprised when you see him on set capturing the images he’ll soon be editing. 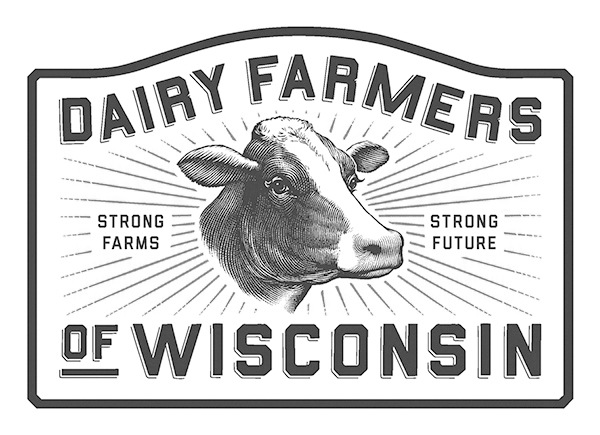 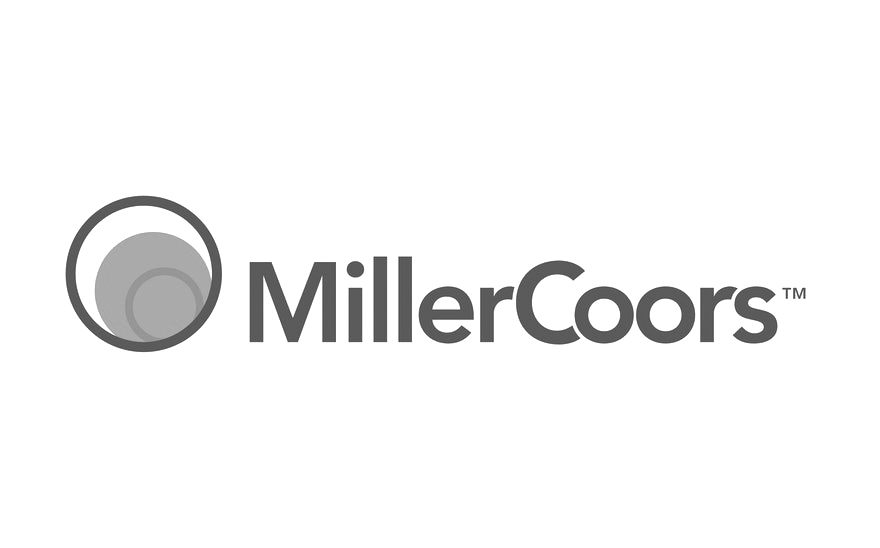 Few clients will ever meet Robert – and even fewer will ever understand, or care to understand, all that he does to keep Kingdom’s cache of gear operating at full strength. Heck, sometimes we don’t even understand everything he’s doing. That said, without team members like Robert, Kingdom’s productions would be a little less shiny – a little less, well, spectacular. You see, on-time and on-budget production starts with gear that performs day in, day out. And thanks to Robert, our gear does just that. 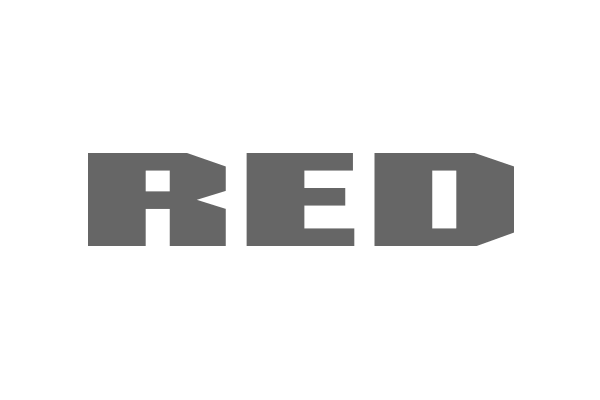 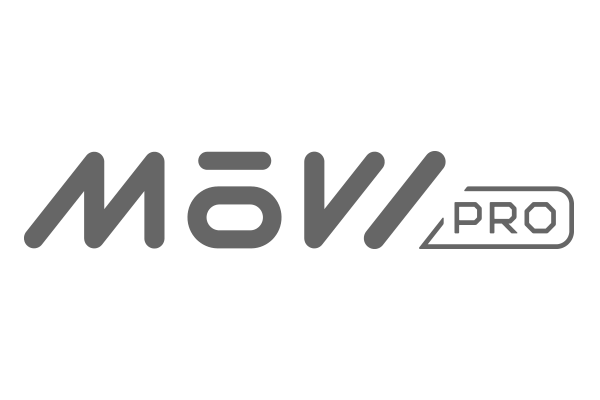 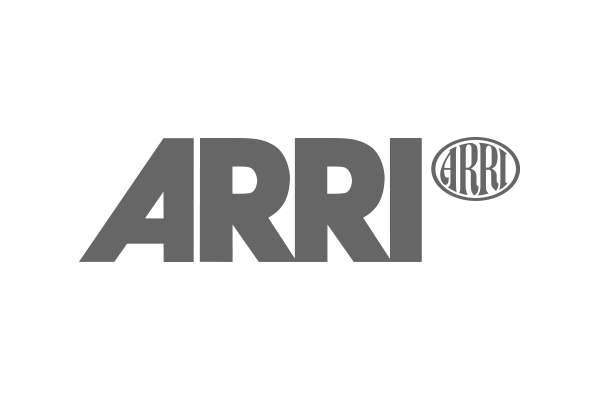 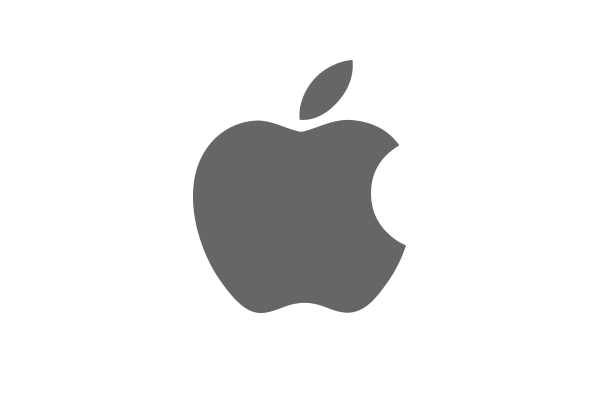 Confidence In Our Creativity

Our clientele is demanding – as well they should be. Whether they’re creative directors, brand managers or independent motion directors, they all tend to want the same things: a smooth process, a budget-friendly production and an inspiring and creative storytelling approach. So that’s what we deliver – and that’s what our clients come back for time and time again. With on- staff writers, directors, producers, editors, colorists and motion graphics designers, we can take any project from MarCom strategy, creative concepting and scripting all the way through final production. And our clients can trust us to deliver products that are on time, on budget and strategically and creatively on point.

For those clients who are not looking for a new agency relationship but need something beyond the standard production company, Kingdom is the perfect solution. As a sister company of Shine United, Kingdom Filmworks has the ability to tap into nationally regarded talent in marketing communications strategy – including video and social media strategies – as well as writers, art directors, project managers and media buyers. All of which means Kingdom can help you go from a blank sheet of paper to a completed project in very short order.

From creating budgets and production options to managing location scouting and talent searches, our team has the experience to bring projects of any size and any budget to life. Ask anyone who has considerable experience in video production, and they’ll tell you that you can’t spend enough time in pre-pro. That’s because a little time spent on the front end is what saves a lot of time, money and headaches on the back end. Kingdom’s producers are well-versed in providing a turnkey experience for clients, agencies and directors alike.

This is where Kingdom truly excels. Sure, we have a RED 8K camera package and a couple of 4K drones. More importantly, however, we have a crew of artists who know how to use them. A clan of individuals with the talent, vision and passion you won’t find many other places. From directors and producers to drone pilots, editors, DPs and in-house DIT and colorists, Kingdom has the ability to rightsize the team for whatever the job requires. And for the big jobs, like the really big jobs, we have the relationships and resources to bring Hollywood to you.

Done well, editing, motion graphics, color grading and sound design can elevate a good story and turn it into a great one. With that in mind, our post-production team takes an active role in both our pre-production and production processes. Given the complexities of today’s constantly changing digital cameras, it’s imperative that the team finishing the video has input on how the production team captures the images. Not only do we bring the post team in on the pre-production discussion, our editors double as DIT operators on-set – giving them added exposure to what images were captured and how they might best tell the story once back in the editing suite.

The Right Tools For the Job

In order to meet our clients’ various demands for creativity and quality, speed, and fiscal responsibility, we deploy three different camera packages as well as two 4K drones. Having multiple camera formats in-house not only allows us to use the right tool for the job; it also allows us to reduce client costs by not needing to pass on highly inflated rental rates. In addition to our camera and drone packages, we have two lens packages, two gimbals, an Armor Man steady-cam rig and one badass Mercedes production van.